We have shared multiple CHF-related ideas, all of which suggest the CHF weakness across the board. Same applied to the CHF/JPY currency pair where short term growth potential could be over 100 pips.

CAD/CHF symbol on the MT4 platform

On the Daily timeframe CAD/CHF is moving within the descending channel, and during the past few days price remained right at the bottom of it. At the same time, CCI oscillator is in the oversold zone which might suggest that the pair has reached the local bottom and the correctional move up can be expected. 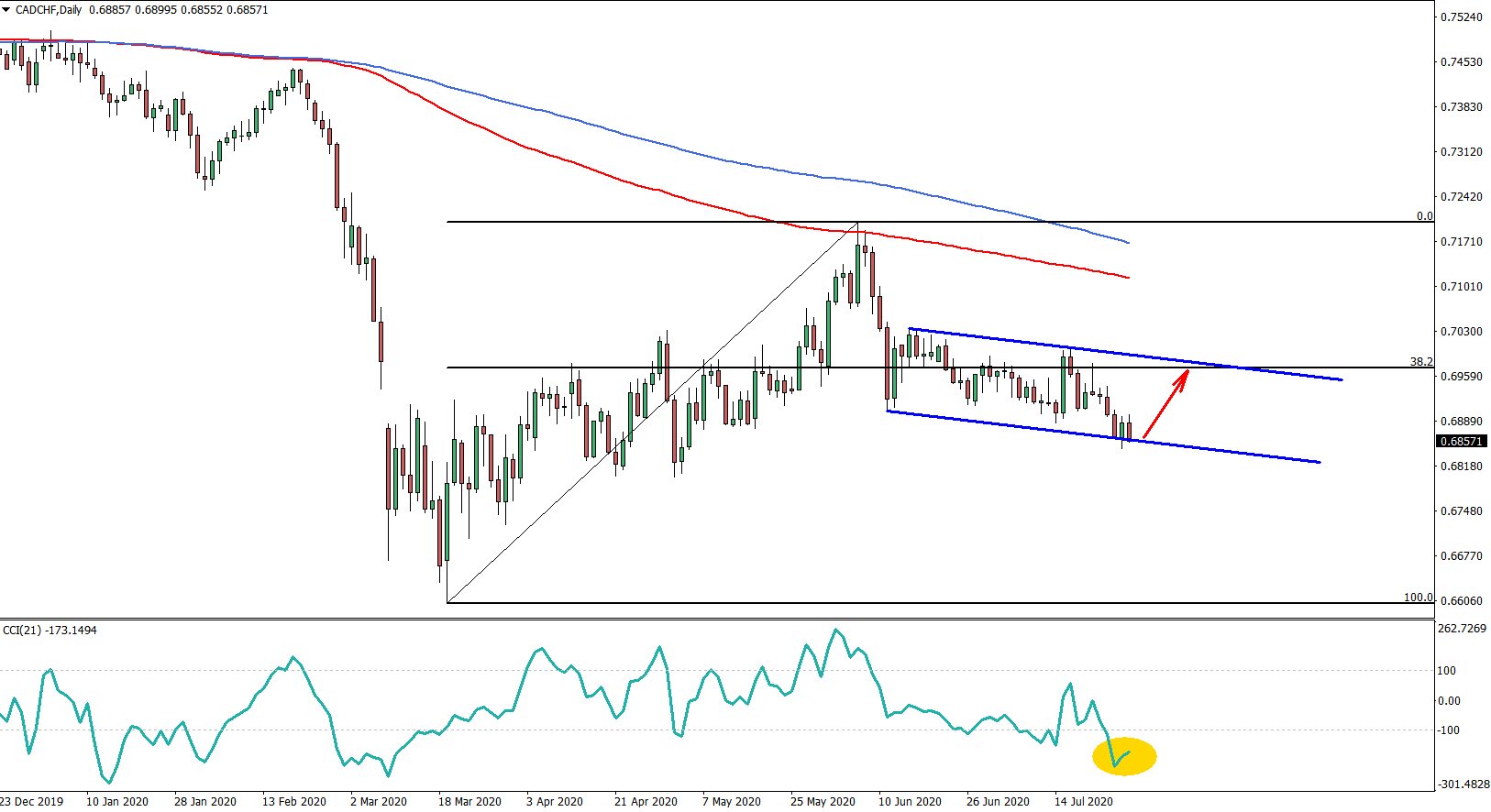 If that is the case, CAD/CHF could rise as high as 0.6972, to test a 50% Fibonacci retracement level corresponding to the upper trendline of the descending channel.

On the 4-hour chart, CAD/CHF had reached and rejected the 127.2% Fibonacci retracement support at 0.6854. Pair attempted to break below, but only produced spike lower, testing 0.6844. This level now should play a key role in further price development and must be watched for a breakout. There is a possibility that CAD/CHF will produce the spike below 0.6844, but only 4h close below this level will invalidate bullish outlook. 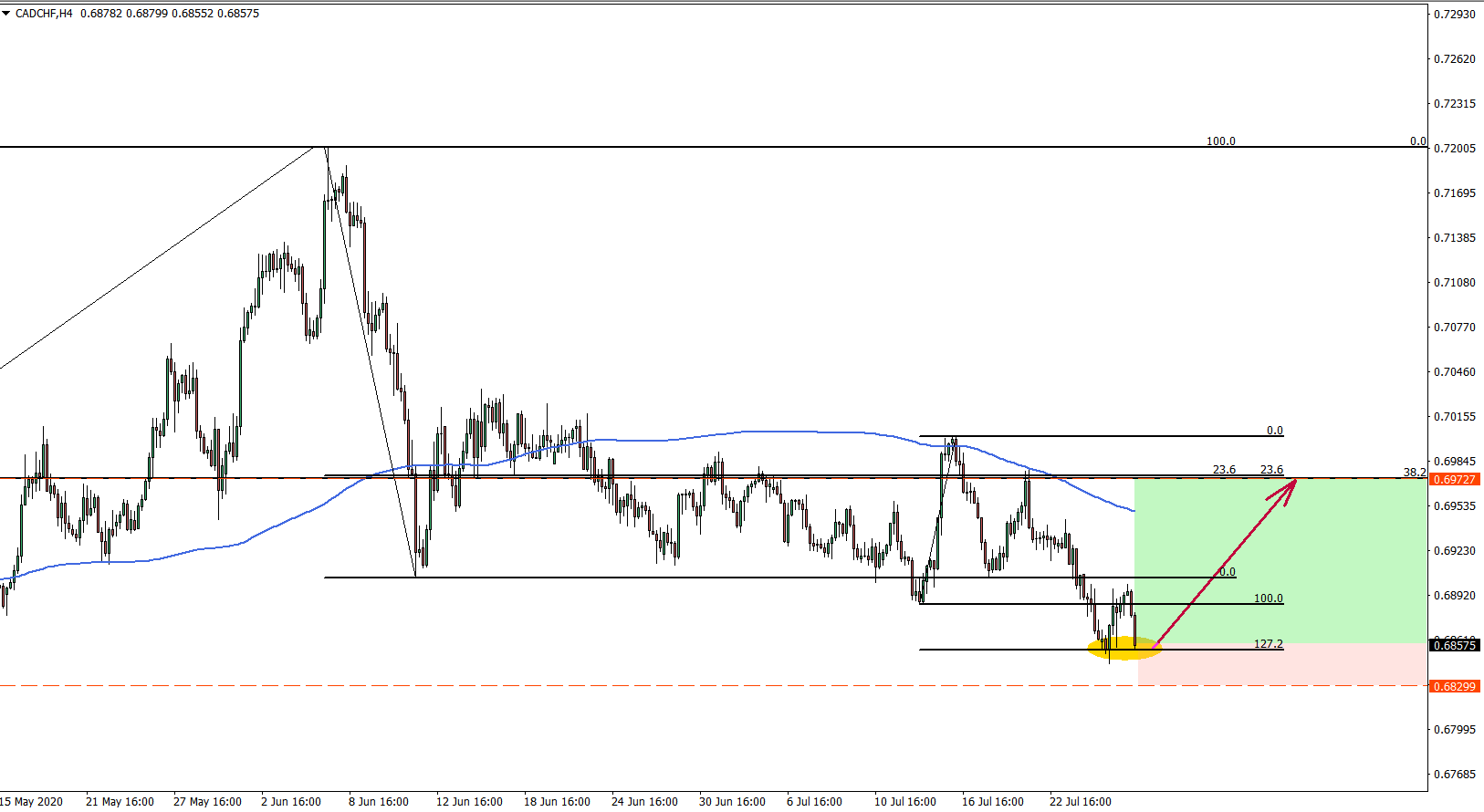 As long as the 4h closing price stays above 0.6844, CAD/CHF will be trying hard to move up. The previously mentioned resistance level at 0.6972 corresponds to two other Fibs applied on this chart. Both of them are 23.6% retracement levels and are also located near 0.6972, making it an extremely strong resistance level and the potential upside target.

The buying opportunity is presented while the price remains near 127.2% Fibs at 0.6844. The upside target, confirmed by 3 different Fibonacci indicators, is located at 0.6972. Considering that this is a counter-trend approach, the risk/reward ratio must be higher than normal, and in this case, it is 1:3. This is the reason why the stop loss could be so close, at 0.6829.