CAD/JPY is providing an interesting selling opportunity while the price is between 76.30 – 76.50. If this area will hold, CAD/JPY is expected to drop towards 75.55 support level confirmed by two Fibonacci levels.

Price Action: CAD/JPY shows quite a bearish tendency, while for two consecutive times 200 Exponential and Simple moving averages were rejected. At the same time price broke below the uptrend trendline and on the correctional move up, uptrend trendline acted as the resistance, potentially providing a selling opportunity. Based on the Fibonacci retracement level applied to the major wave up, support is seen at 61.8% Fibs, which is 75.58 level. CAD/JPY already tested this support area, although a re-test and even break below still remains a highly probable scenario. 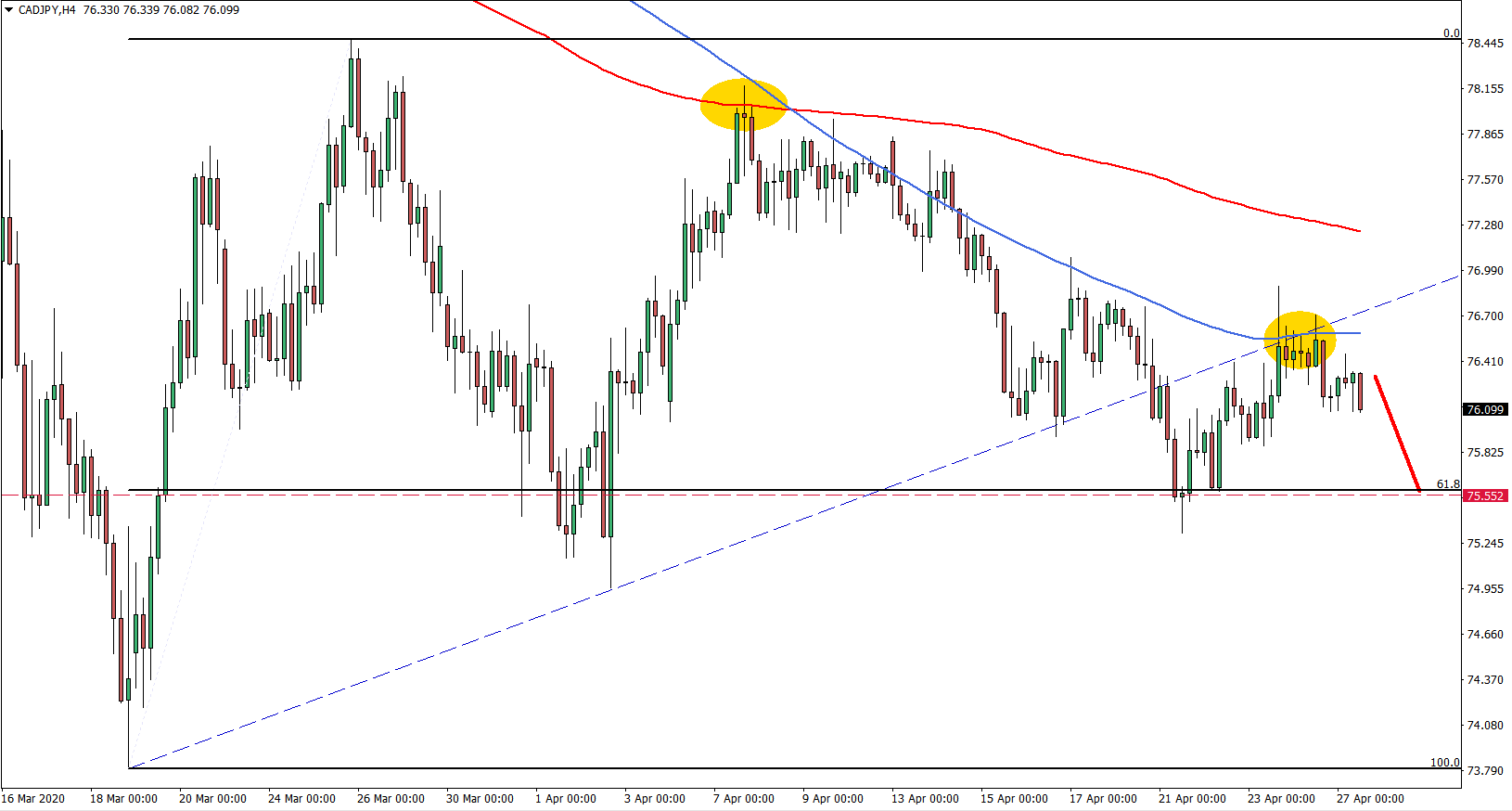 On the 1-hour chart, we can see a very similar pattern as on the 4-hour chart. The price rejected 200 moving averages for two consecutive times and after breaking the uptrend trendline found the resistance at that trendline. This makes a 76.45 a strong resistance area where selling opportunity will be the most attractive. At the same time 68.1% Fibonacci retracement level from the 4h chart, corresponds to the 261.8% Fibs on the 1h chart. This Fibonacci indicator was applied to the corrective wave up after breaking 200 moving averages. 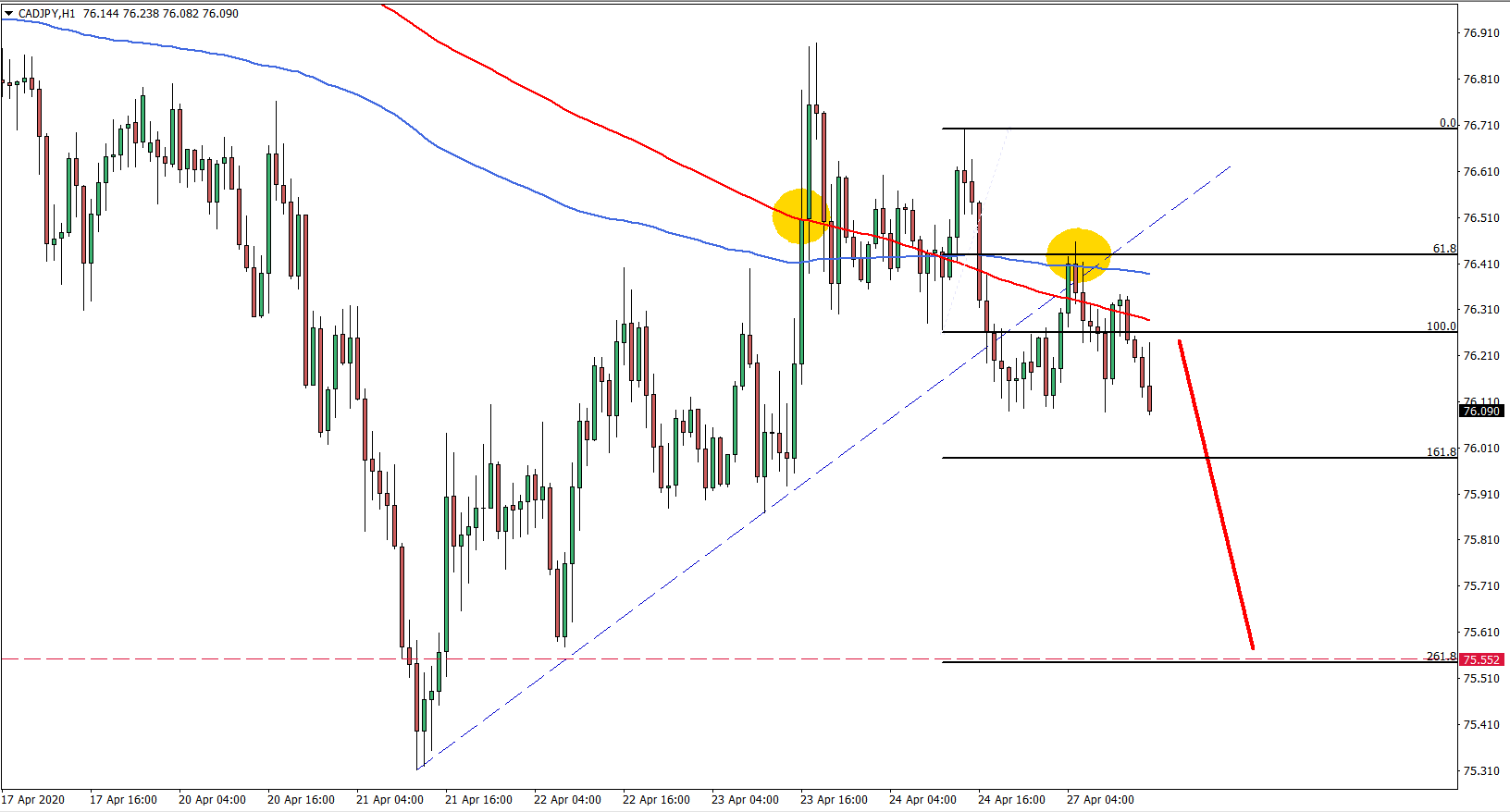 On the 15-minute chart, CAD/JPY formed the support, where we can see that the uptrend trendline is still being respected. Hourly break and close below the trendline should confirm the bullish scenario, although pullback towards 76.30 area should be expected. This is because this area proved to be a resistance after rejecting the 200 SMA. 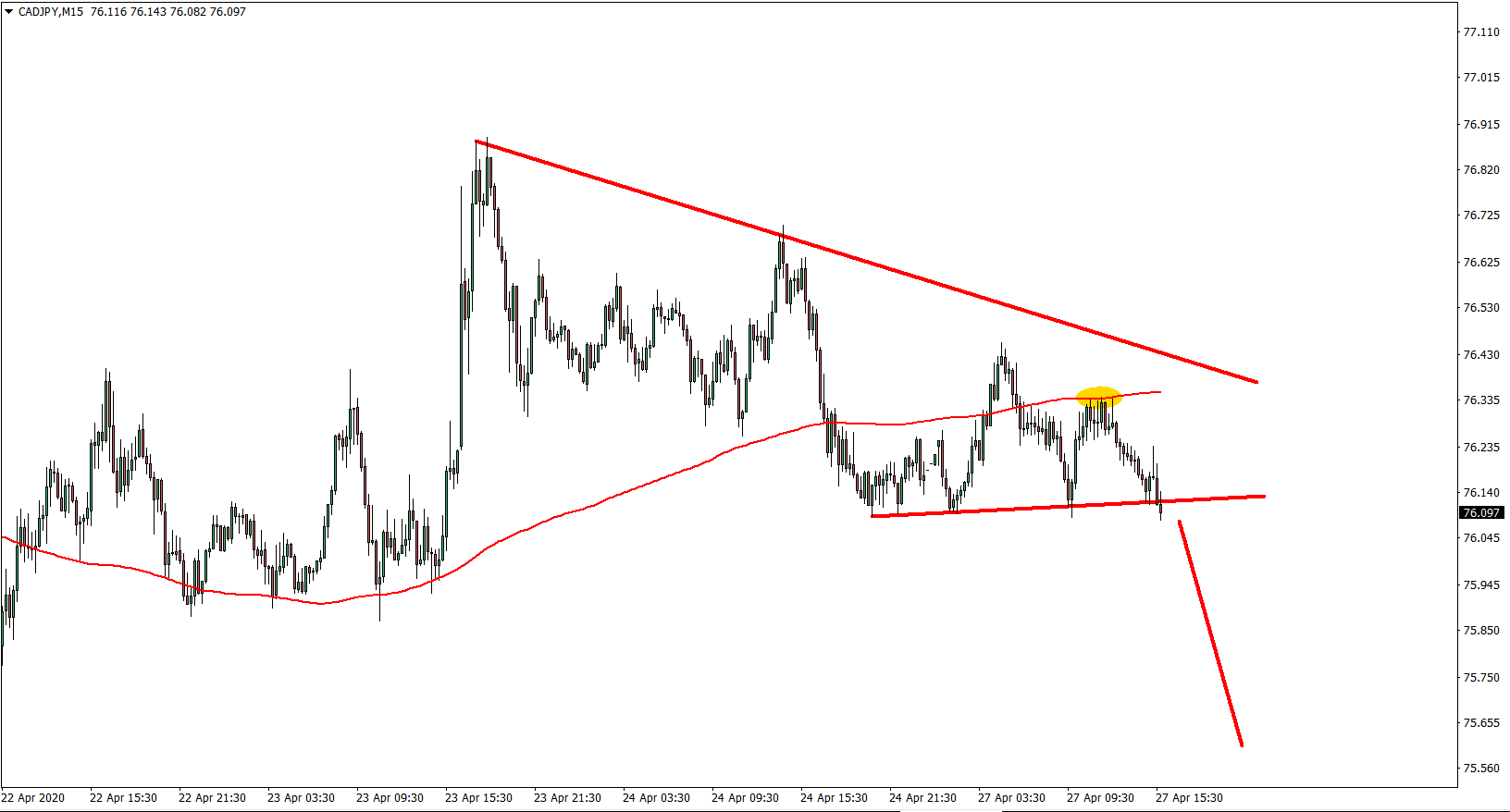 Potential Trade Idea: The ideal scenario is to wait for the break and close below uptrend trendline on the 1h chart and then wait for a pullback. The selling area could be anywhere between 76.10 and 76.30 with a downside target at 75.55. The exit signal would be 4h close above the nearest resistance at 76.46, which is 61.8% Fibonacci retracement level. Hard stop loss could be placed not lower than 76.75.