We have shared multiple CHF related ideas where Swiss Franc is expected to be outperformed by other major fiat currencies. It is highly likely that JPY will outperform the CHF, at least in the short term, which will result in a CHF/JPY downtrend.

CHF/JPY symbol on the MT4 platform

On the hourly timeframe, CHF/JPY has established a short term downtrend because the price remains below 50 Simple and Exponential Moving Averages while continues to produce lower lows and lower highs.

Today pair has produced a double top at 116.91, which is the level where yesterday CHF/JPY bounced off the downtrend trendline along with the 50 EMA. Clearly, bears are strongly defending 116.91 resistance, which should result in the continuation of the downtrend, obviously as long as resistance is respected. It is worth mentioning that price broke below the descending channel and along with the rejection of the 116.91 resistance, the lower trendline of the channel acted as the resistance.

The nearest key support level is located at 116.11, which is confirmed by two Fibonacci retracement levels. First, is 361.8% Fibs applied to the first corrective wave up after CHF/JPY has topped out because there it rejected the 50 SMA. This was at 117.30 where 1h managed to close above, although 4h candle still closed below this price, making a 117.30 a valid resistance level. The second Fibs was applied to the last downside correction prior to the price hitting 117.63 high, and it shows that 61.8% Fibs also corresponding to 116.11 support level. 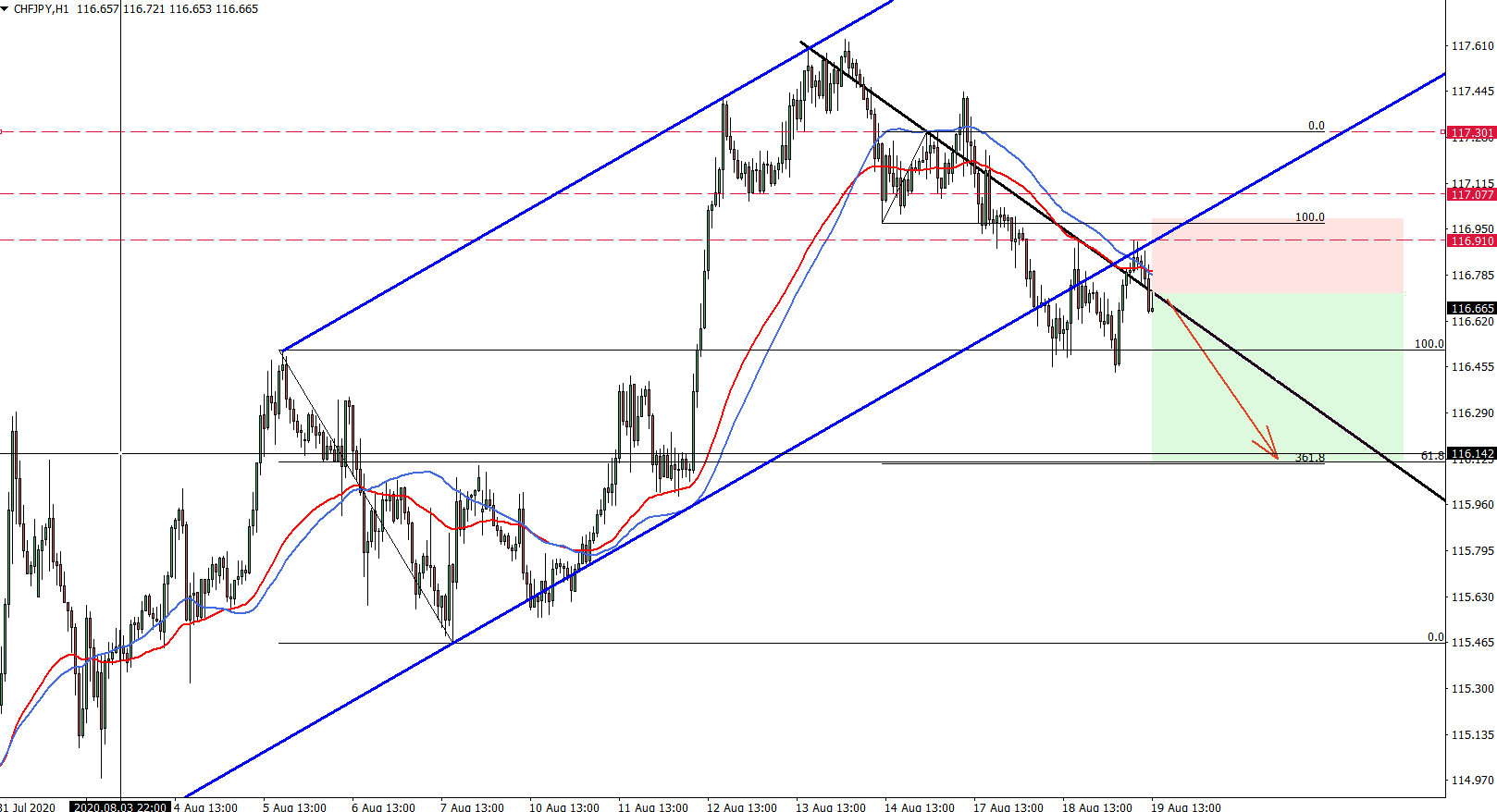 Right now price is at the downtrend trendline, after rejecting the lower trendline of the channel. The current level is 116.71 and could be providing a perfect selling opportunity. This is likely to be a very fast move to the downside, toward the downside target at 116.11. The stop loss is placed at 116.99, which is above the recent double top formed at 116.91. This way 1:2 risk/reward ratio is achieved, making it an attractive selling opportunity.