The bias remains bearish, although the correction to the upside can be expected. Break and close above the 61.8% Fibs on the 30M chart is needed for such a scenario.

Price Action: Below is the Weekly chart where we can see a clean bounce off the 200 Exponential Moving Average. This means that if the price manages to stay above 0.8720 low and there is not a weekly close below,  we could expect a correction to the upside.

On the Daily chart, there is a very same bounce off the 200 Exponential Moving Average, which also suggests a potential correction up. Such price action also makes the 0.8700 – 0.8720 a key support area. But at the same time, we must not forget that there could be attempts to break lower, although only daily break and close below 0.8720 could invalidate the upcoming correction. 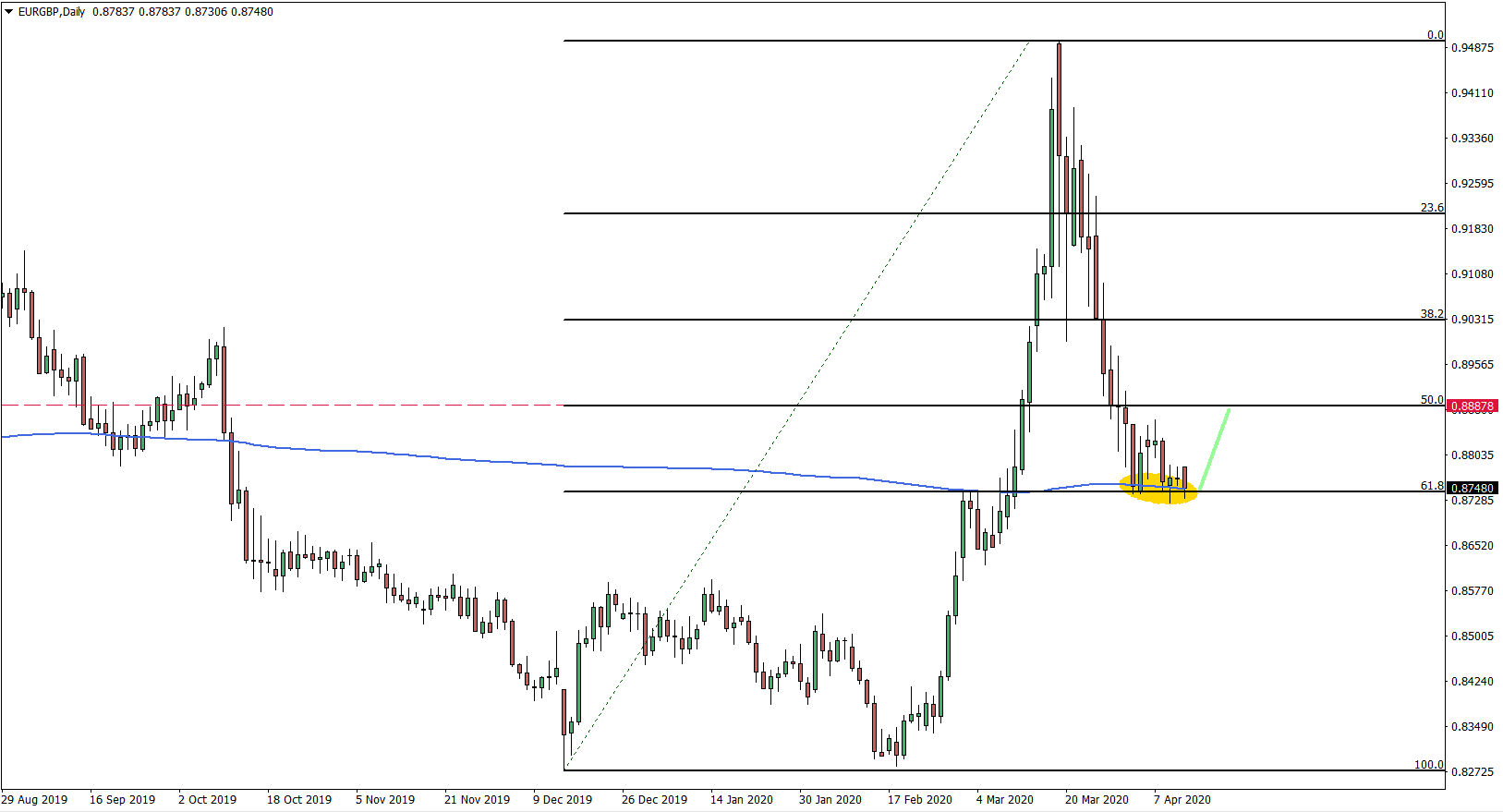 Now moving on to the 4-hour chart, were we can witness the crossing of the two moving averages, 200 EMA and 200 SMA. This is in favor of the downtrend continuation, but only if the new lower low will be printed. Up until now, we can see that the support has been formed at 0.8737, and on April 9th, the price spiked below, although it failed to close lower. The spike has reached 0.8722 and EUR/GBP could be dancing around this price for the time being, before/if it moves to the upside. 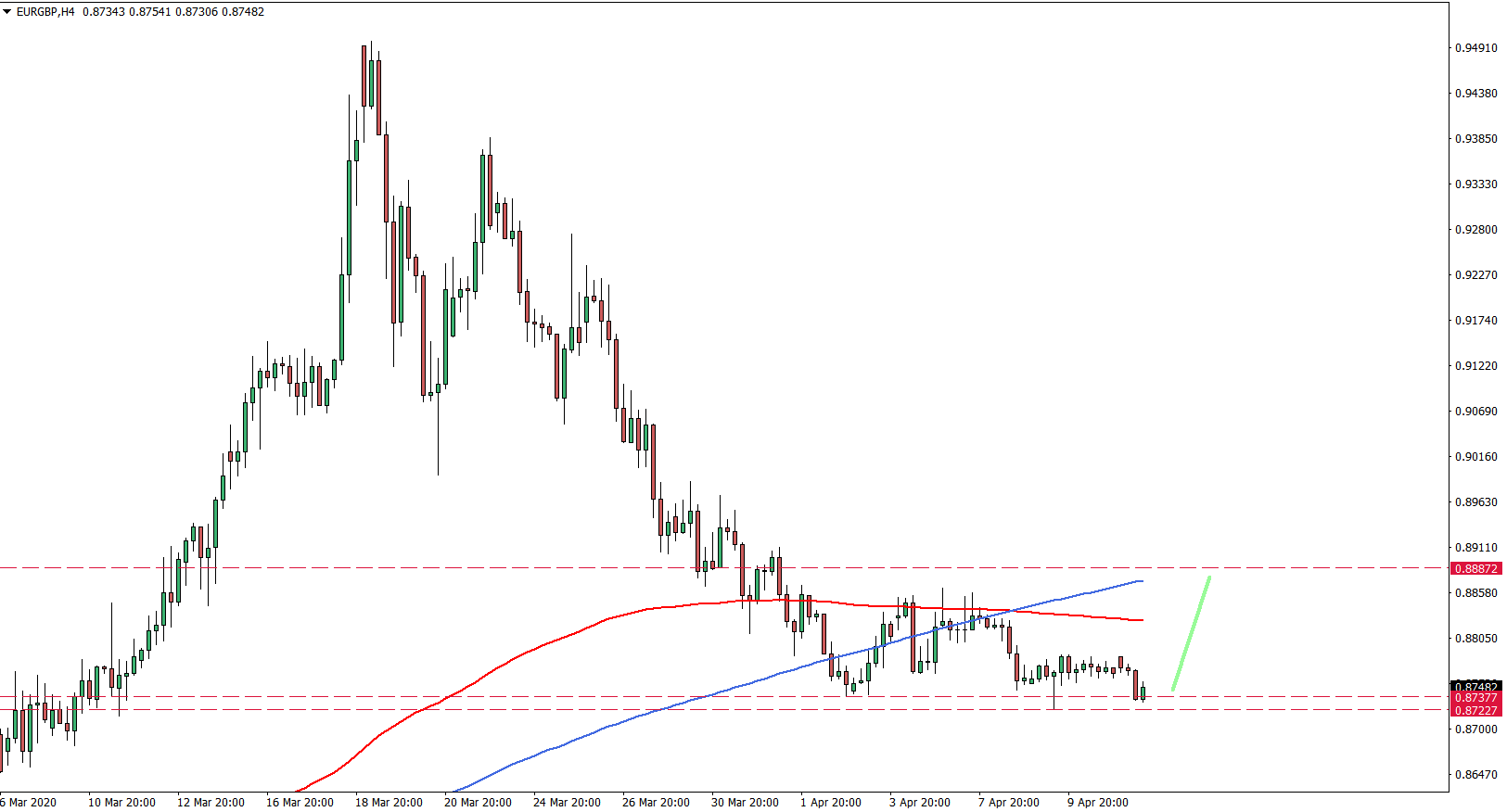 And finally, the 30-minute chart, where price remains above the 88.6% Fibs but below the 61.8% Fibs. Perhaps the trigger point for EUR/GBP upside move, will be an hourly break and close 61.8% retracement level at 0.8748. Therefore, it will be important to see those happening firs, as a potential confirmation of the upside momentum. 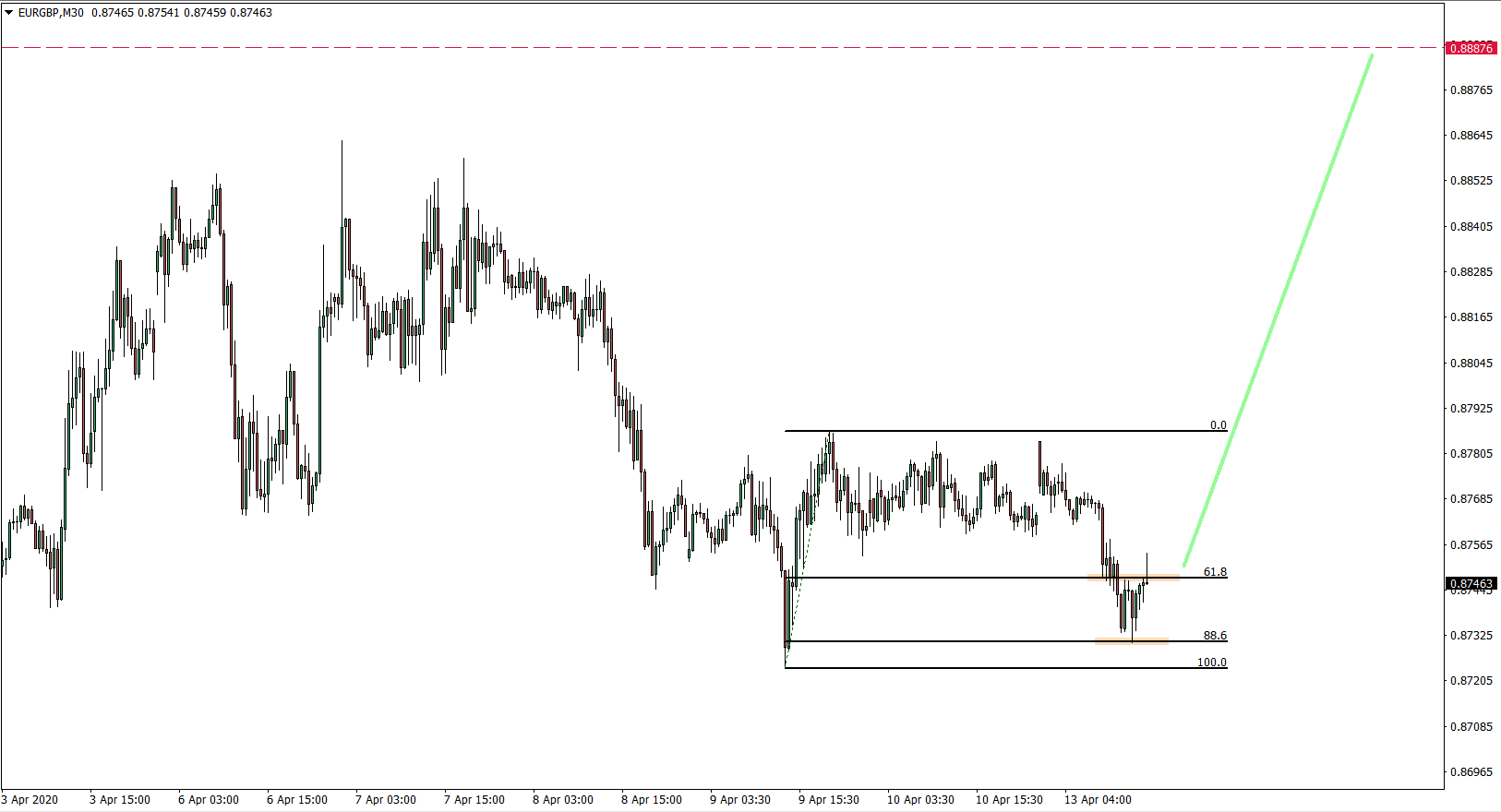 Potential Trade Idea: EUR/GBP has to break and close the 0.8748 resistance level on the 1h chart to show further strength. If/when that occurs price is likely to range for some time but overall it might be the confirmation for bulls to capitalize on the upcoming correction. In that case, price is expected to reach 0.8888 resistance level, which is 50% Fibs on the Daily and Weekly chart. On the downside, only daily break and close below 0.8724 could trigger a further downtrend, which would invalidate a bullish scenario. A hypothetical Take Profit could be around the 0.8888 level, while a potential Stop Loss could be below 0.8700 phycological support or exit if the Daily closing price goes below the 0.8720 area.