GBP/JPY formed a double top near 133.00, which is a very strong physiological resistance level, which was rejected previously several times. On the daily chart, the downtrend is still valid, and current price could be very attractive for sellers.

Price Action: On the daily chart GBP/JPY trend remains bearish, besides, on May 11, there was a clean bounce off the 38.2% retracement level, which is 133.13. The most recent high, printed on May 26, has been at 133.04, making 133.00 a very strong psychological resistance. Clearly bears are strongly defending this level and as long as the price will remain below this resistance, downtrend continuation should be expected. 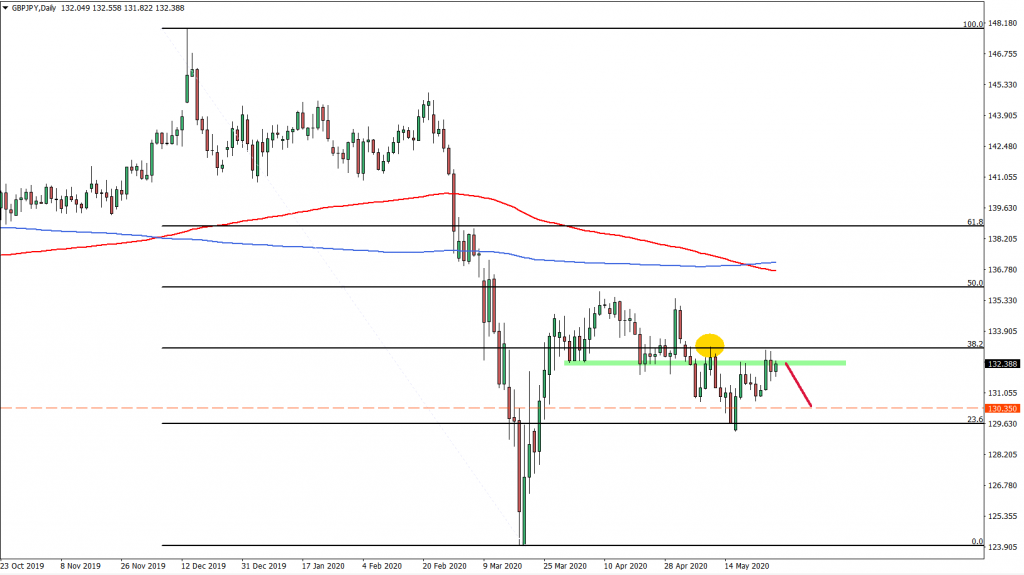 On the 4-hour chart, we can see the area of resistance formed near 133.00. On the most recent bounce of the resistance price also rejected the 200 Simple Moving Averages, suggesting the validity of the downtrend. Perhaps what we are witnessing currently is the end of an ABC upside correction, and if this is the case, price should be expected to move down.

We have applied two Fibonacci retracement indicators. First to the corrective move up, after breaking the 200 SMA. The second was applied to the last wave down, which always plays a very important role. On the 130.35 we see that 50% and 472.2% retracement levels meet, making it the nearest downside target. 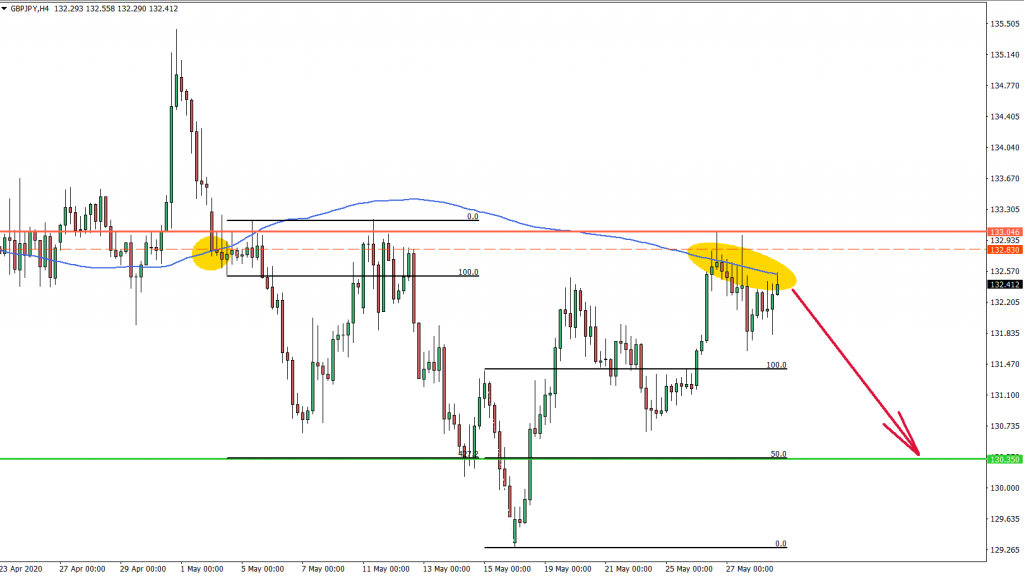 Moving on to the 1-hour chart, the downtrend trendline, along with the 200 EMA were broken, confirming price weakness. Currently, GBP/JPY has corrected up and facing Fibonacci resistance at 132.47. There was a spike produced above, although the key timeframe to watch would be 4H, If there will be a 4H close above the 132.56 level, GBP/JPY might enter the consolidation phase in which case there will be much less interest in the short term selling opportunity. 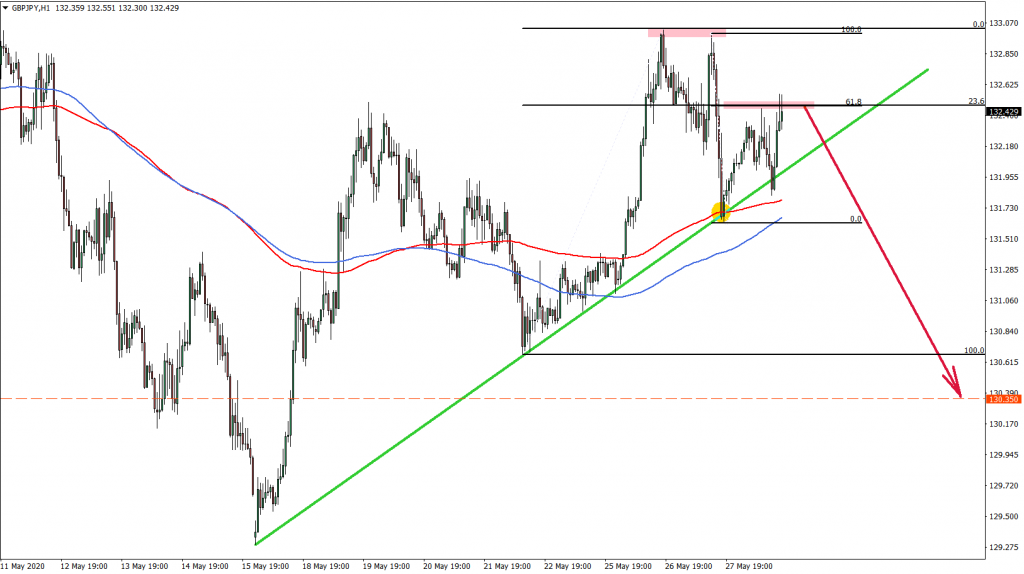 Potential Trade Idea: The best entry would be on the coming 4H close, to make sure that it will be below the 132.56. Such price action should be considered as a good selling point for GBP/JPY. The stop loss can be placed just above 133.05 and take profit at 130.35, which would provide a very good risk to reward ratio. Potential stop loss and take profit levels could be placed at 133.05 and 130.35, respectively.