Right now, CAD/JPY entered a very strong supply zone. Considering the collapse of the US Oil price, CAD might follow this pattern where it will be outperformed in the medium to long term by most major currencies, including the JPY.

Price Action: with the US Oil price struggling, the Canadian Dollar chases this tendency. In fact, this could mean that Canadian Dollar pairs will be strengthening long term against the CAD. This is the reason we would like to introduce the selling idea on the CAD/JPY.

On the daily chart, the price broke below the triangle pattern and the previous low at 75.28. The daily close also was below this price, suggesting the domination of the selling power. The current correction resulted in the price growth, where CAD/JPY yet again reached the downtrend trendline at 77.06. This could be a very attractive selling zone for the long term, especially if the daily closing price will remain below the 77.06.

If this will be the case, CAD/JPY long term downtrend should resume, with strong downside potential. We have applied two Fibonacci retracement levels, first to the 09-13 March and second to the 07-11 May corrective waves up. These Fibs show, that there one major support level at 71.00. Not only it is confirmed by 161.8% and 261.8% Fibs, but it is also a strong psychological level. However, if CAD/JPY will break below this support with confidence, it could actually aim for the next support at 66.75 in the long term. 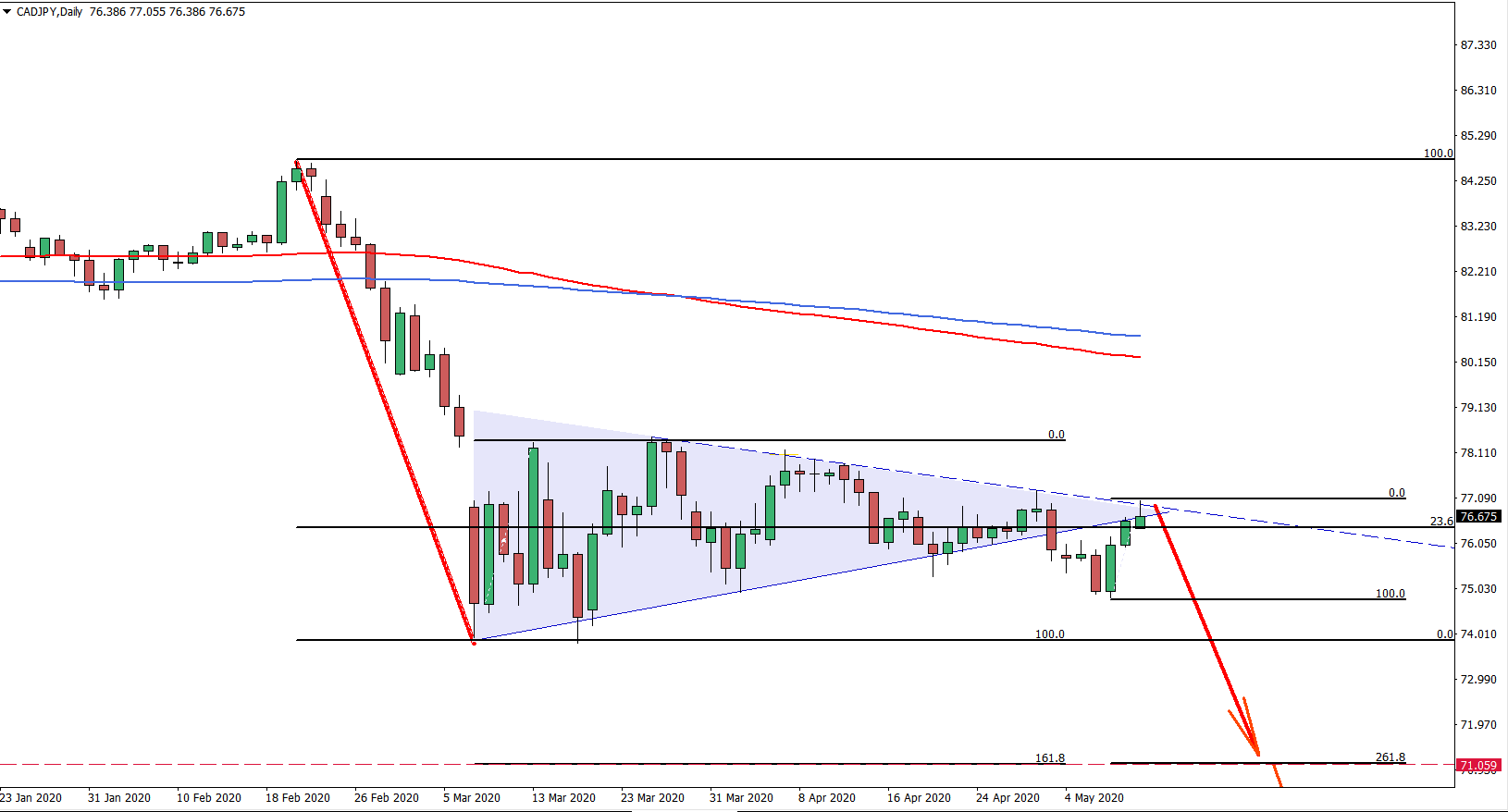 If we zoom in and observe the 4H chart, clearly, there is a very strong resistance formed near the 77.00 phycological level. In thas been rejected for at least 3 consecutive times, along with the 200 Simple and Exponential Moving Averages. Therefore, in the medium term, if recent high at 77.25 will be untouched, CAD/JPY downtrend probability will remain extremely high. 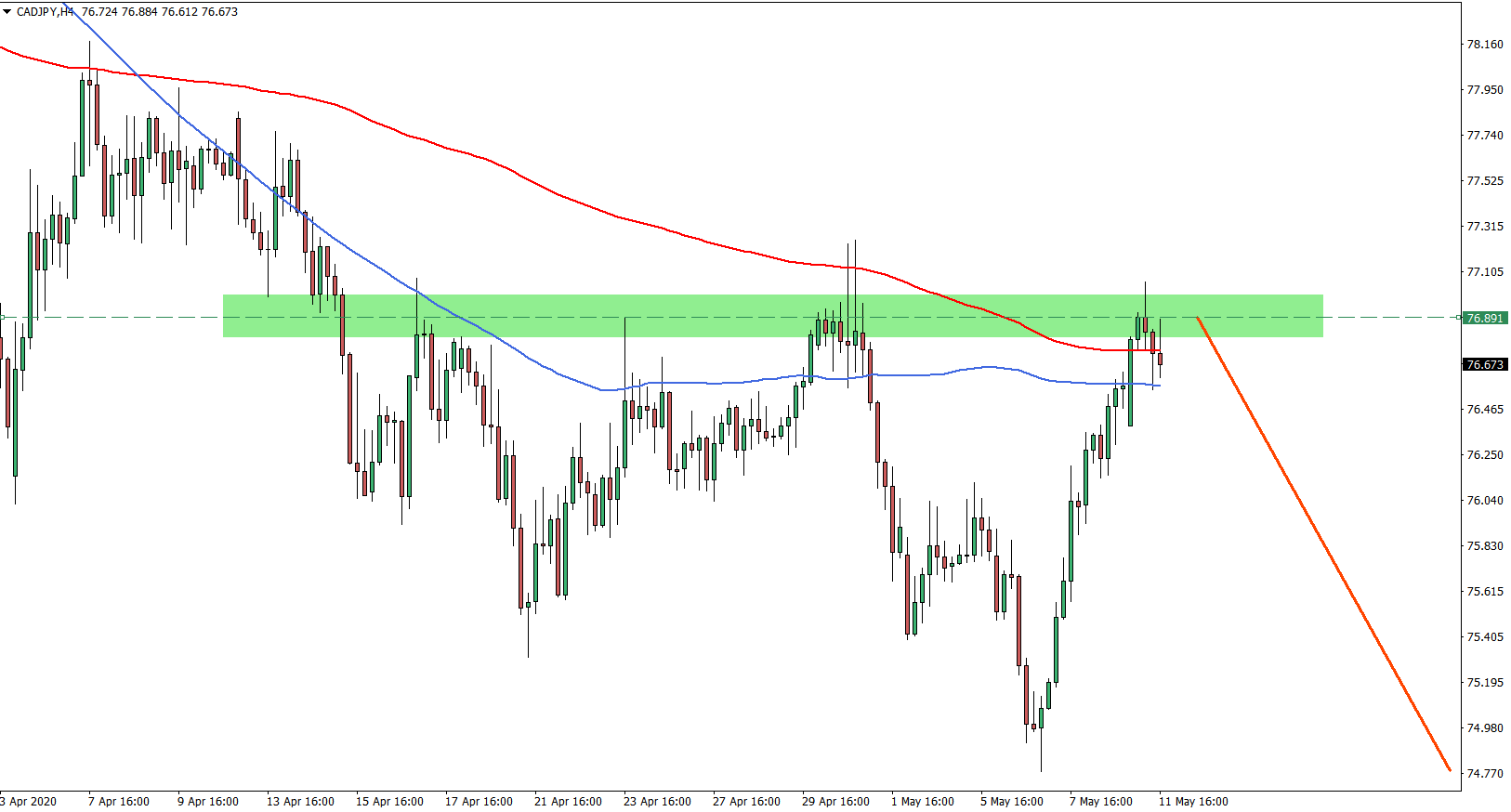 Potential Trade Idea: The long term selling opportunity should remain between 77.25 and 77.75 levels. The best entry could be if CAD/JPY will attempt to produce the spike above the 77.25, although we are yet to see if that will be the case. At the same time, we should expect more range trading, where multiple selling opportunities could be presented throughout this week.

All-in-all, sellers are likely to be stepping in slowly and eventually could push the price much lower. There are only two downside targets of great importance. The first one being 71.05, confirmed by two Fibonacci retracement levels. The second and the final target is seen at 66.60, but only if CAD/JPY manages to break and close below 71.00 on the daily chart. Stop-loss could be placed near the 81.20 or 79.20 price levels.