The trend remains bearish as pair still fails to produce higher highs and higher lows. While the price is trading at the resistance, it could provide a good risk/reward selling opportunity in the short term.

Price Action: On the 1-hour chart price continues to produce lower lows and lower highs, suggesting the validity of the downtrend. The most recent price action showed, that NZD/JPY rejected both 200 Moving Averages, Simple and Exponential. Now the area of 64.70 because of strong resistance from where the price can start moving lower.  On the other hand, if there will be a break above, pair can potentially move up, to re-test the 65.00 resistance area, and this could be the endpoint of the upside correction. 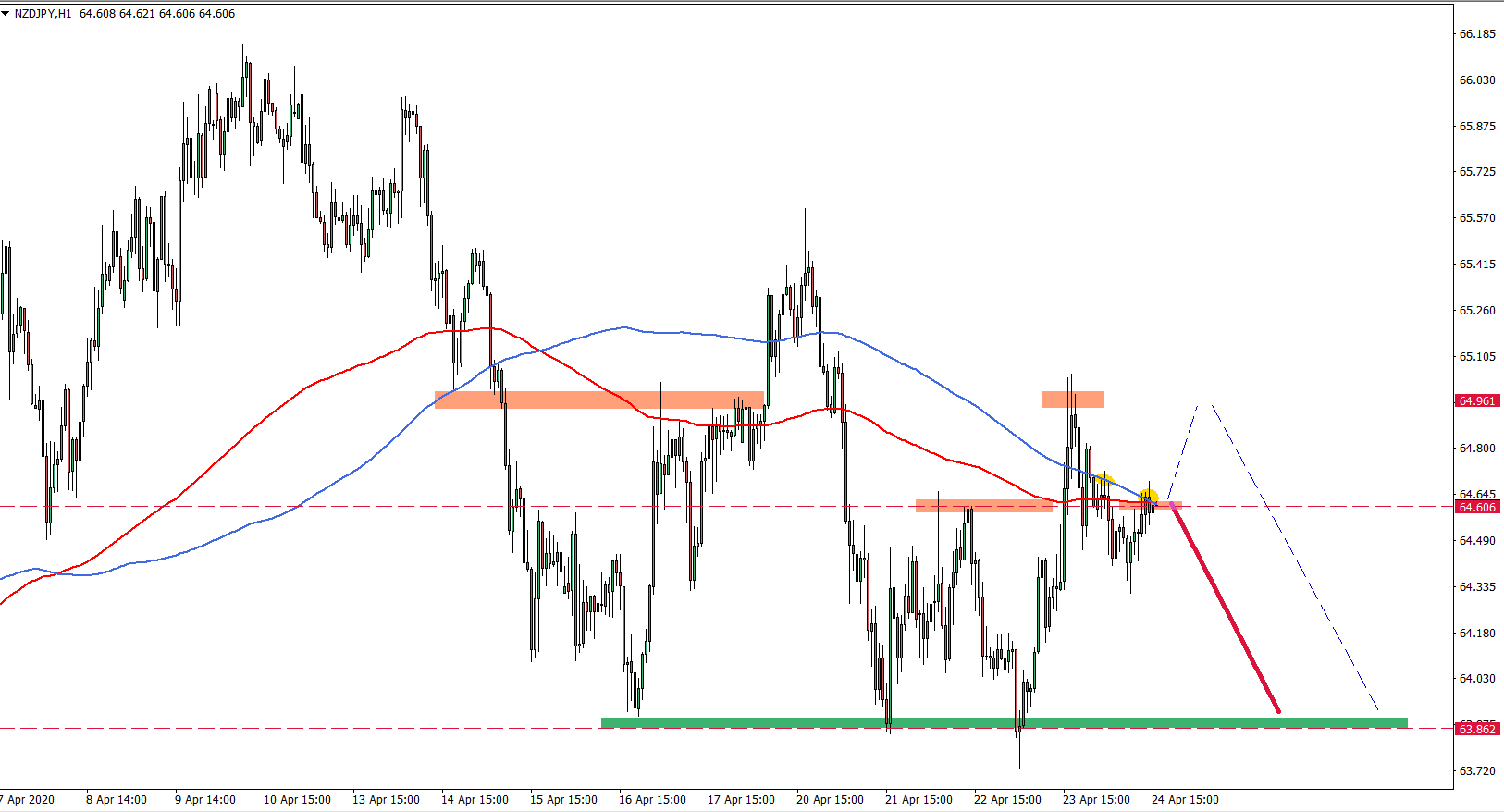 On the 30M chart, NZD/JPY has reached and rejected the top of the descending channel. At the same time, it has reached the point of the uptrend trendline break, which also provides resistance to the price. 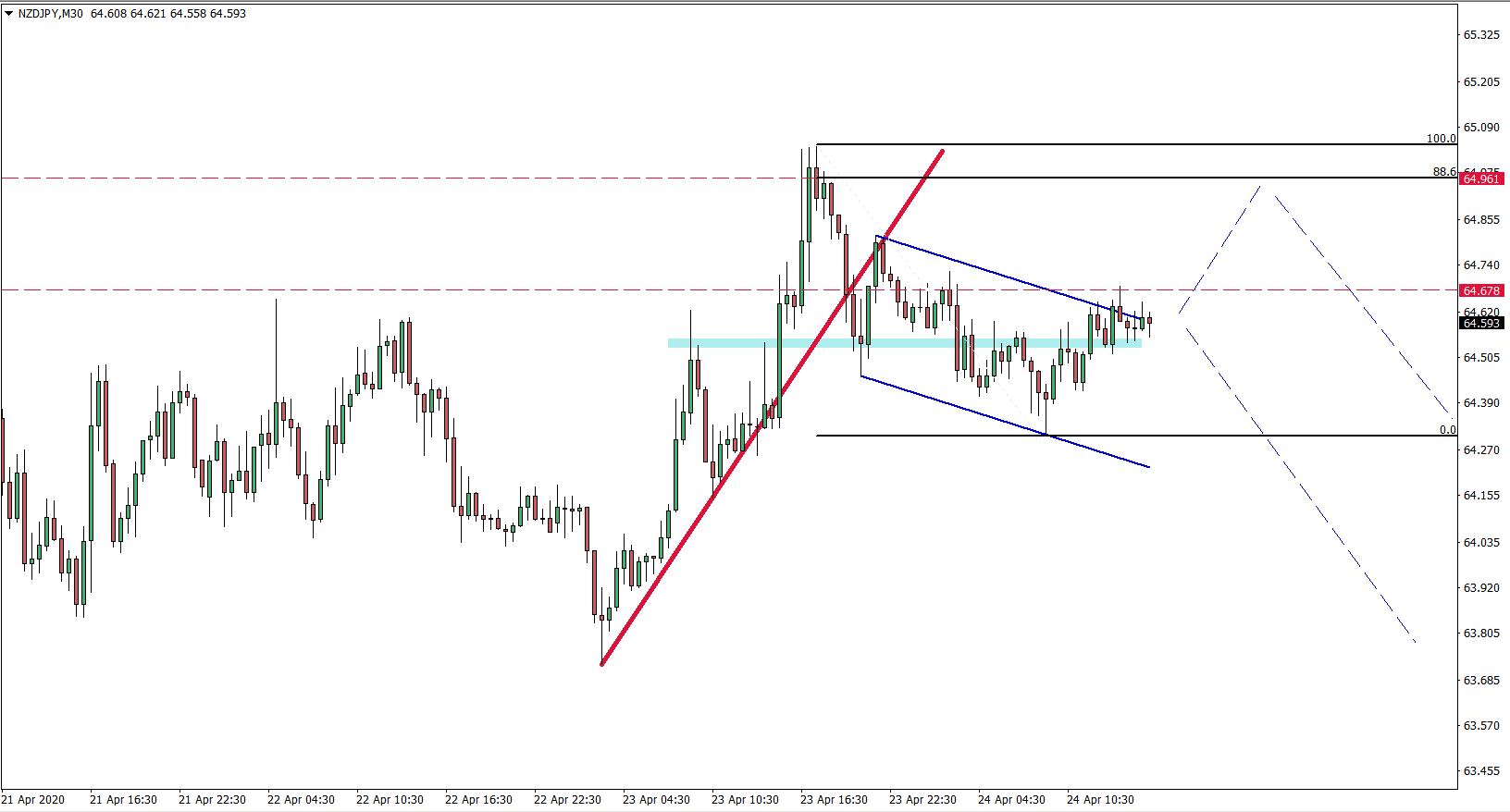 Potential Trade Idea: Selling opportunity is present while price remains between 64.60 and 64.70, which is a strong resistance zone. But the best entry point could be higher, at the 88.6% Fibs level that is 64.96. However, up until now, 64.70 resistance is holding which shows that bears are in control. Overall, there can be two entry scenarios either at the current price at 64.60 or a safer scenario. This is if the price will break above current resistance and reach a 64.96 level. Although this scenario is best to use on Monday open, rather than keep the trade over the weekend since this is a short term setup.

The exit signal would be 4h break and close above the 65.10, alternatively, hard stop loss at 65.10 should also be considered. The downside target is seen at 63.86 area, were price has formed a triple bottom.